A couple of things I learned ‘working with family’ and why I’d do it again in a heartbeat.

Working with family can be a mixed bag - but when it works, it works well.

Anyone who knows me more than just a little will know that I have four sons.

The older three are triplets now aged 22 and I have a 16-year-old. There is a whole series of blogs I could write on life raising multiples, particularly in those early years - but that’s for another time!

My older boys are at an age now where day to day parenting is pretty much over. Each lives in Wellington but no longer at home and even the revolving door situation (where one or other would pop back home for a while when they had a broken heart or a cash crisis) seems to have stopped as they’ve evolved towards independence.

Mid last year, one of my older boys (let’s call him Finn since that’s his name!) had a slight change in his employment. He unexpectedly dropped from full time to a four-day week. This presented a challenge for him financially, so he was looking at options to fill in the extra day with paid employment.

As it turned out, his challenge became an opportunity for me; right about that time we were up to our neck in a website refresh for Kin.

Having graduated from Otago with a BA in psychology and marketing – Finn was working in a role leading the marketing and comms function for a small not-for-profit organisation. The skills he was using were just what we needed to tackle a few website refresh projects. So, it wasn’t too much of a stretch to suggest he pop into the office one day a week on a casual contract to help us out.

Finn and I get along well as Mother and son; he’s a bright, caring, driven young man with lots of energy and a heightened sense of social purpose. But if you’ve ever worked with friends or family, you’ll know that strong personal ties don’t always translate to a harmonious professional relationship.  I wasn’t a bit sure how this new arrangement would work but I was willing to give it a go and so was he.

What I learned in the following few months surprised and delighted me.

How it played out

Kudos to my amazing team at Kin; they welcomed Finn with open arms as an equal part of the team. And credit to Finn who joined an all-female crew who talk about all things Kin related, and a whole lot more! From day one he rolled up his sleeves and got stuck right into the couple of projects we had on the go. If the female chit chat became too squeamish, he’d just break out his headphones and carry on. He made a point of connecting with everyone on a personal and professional level and brought a fresh perspective to our way of thinking and doing things.

He joined us on our morning cups of tea, birthday celebrations, and even at our end of year Christmas party (where he stayed way later than I did!).

It’s one thing for me to think one of my sons is the bee’s knees but what I hadn’t counted on was how credible and capable he was when meeting with external service providers. Doing a website refresh calls on collaboration with creatives and website designers and he participated in or led these meetings like a pro. Feedback on his work, ability, and insights was incredibly positive.

We were both careful to draw a line between work and family so kept conversations in the office mostly to the projects at hand. Finn was awesome at taking detailed notes of what each project needed, clarifying timeframes for delivery, and then asking for feedback afterward.

For my part I enjoyed seeing this young person (who happened to be my son), appreciated, respected, and valued for his contribution to our team and projects.

From January this year Finn is back working five days in his regular job. We’re keen to have him stay on to oversee Kin’s digital strategy as a side hustle. I hope he says yes. 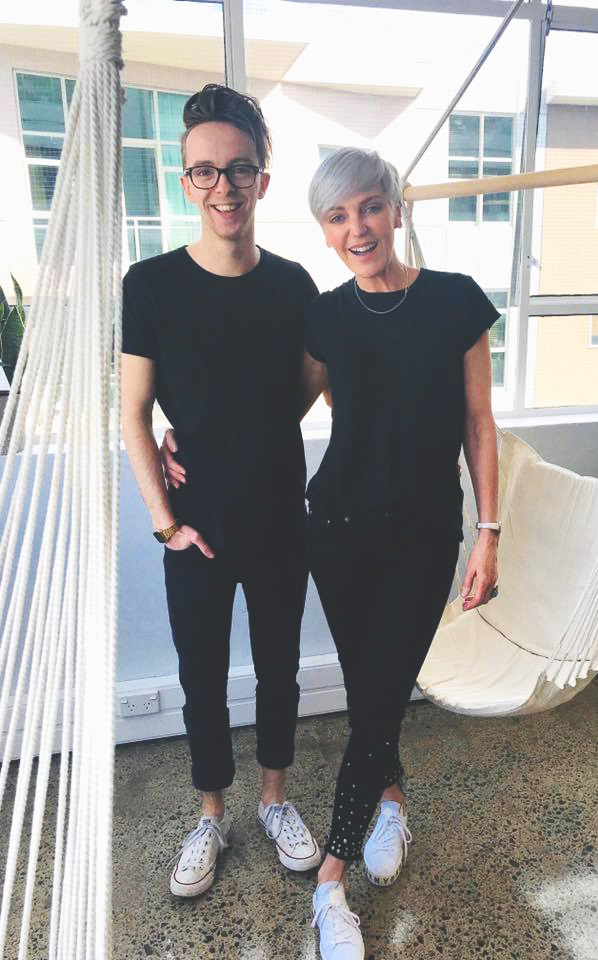 Keep Calm and Carry On - Tips for Employers and Job Seekers

This phrase seems very fitting, given that it was originally created as a British motivational poster in 1939 in preparation for World War 2.

From Isolation to Connection